Polar night  is a filmic performance in which an unreal natural world plays the leading role. A sensual ode to the night.

Our era is addicted to time, to the permanent lack of it. Time to waste, to sit it out, to anticipate or to worry. Time to cook an egg or to catch a plane. One thing for which ‘our’ time does not allow is rest. We must do, see, experience, act and consume. We gain minutes by using fast-cooking rice, microwaves, Senseo coffee machines and electric kettles.

Polar night aims to explore our longing for places that are free from stimulation, where we can escape from our hurried lives and find peace. We often associate this longing with an external place, with retreat, with the great outdoors.

In the period from 20 November to 21 January, the sun does not rise on the Norwegian island of Sørøya at all. This is Europe’s northernmost region. If you go there, then you have gone a few hundred kilometres beyond the Arctic Circle. Polar night is the name for this permanent darkness which for nine weeks eliminates the distinction between day and night. Or as Karl Ove Knausgaard puts it in ‘Night’: ‘It was dark day and night. It made no difference when you slept and when you were awake, for in fact it was all exactly the same.’

In the winter of 2014, five artists left the city, the streets, the traffic, the shops and the internet and headed for this inhospitable natural environment in the north with its raw, snowy mountains and sometimes ferocious ocean. In the weeks that they spent on the island, the sun did not once reach the horizon. While there, they explored our longing for more time and fewer impulses. In sound, text and image they collected the thoughts and impressions that conjure up the many weeks of darkness. The experience was marked by ‘letting go’ of time by switching off any indication of time, and with no sun on the horizon by which to orientate themselves, they quickly lost all awareness of the passing of time. The only thing they knew was that someone from the island would come and inform them when it was time to catch the plane. They could only guess when this day would come. In a disorientating environment dominated by snow and darkness, they were confronted with their need for anchorage.

Once back in the city, they moulded their experiences of the persistent darkness into a sensual music-theatre performance. In the heart of the city, they invite the audience into an artificial landscape and submerge them in the immersive experience of an immeasurable expanse of darkness. 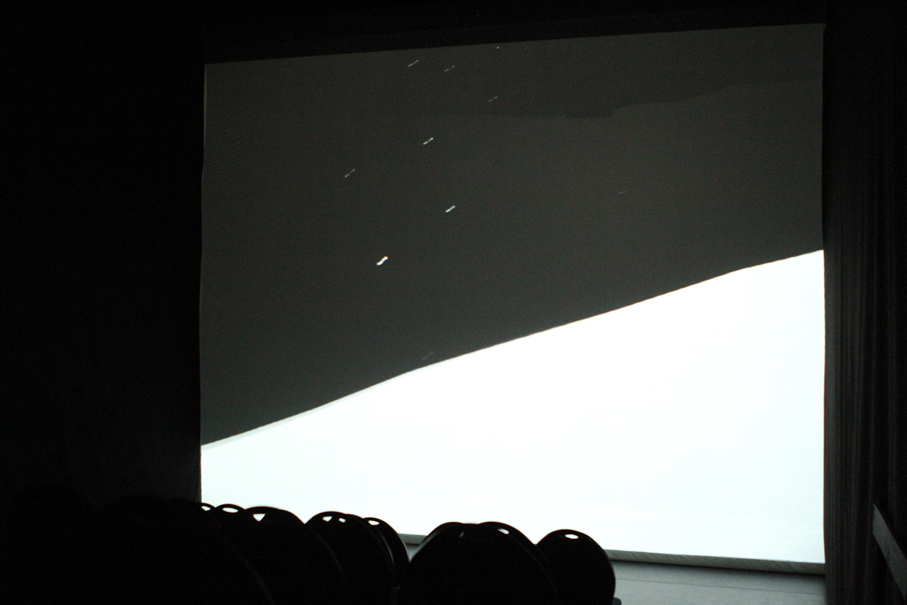 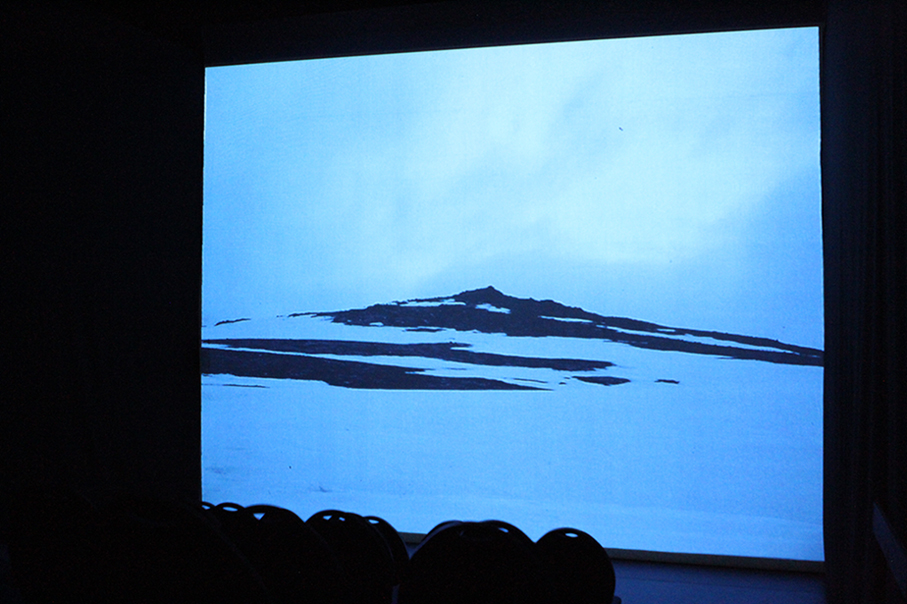 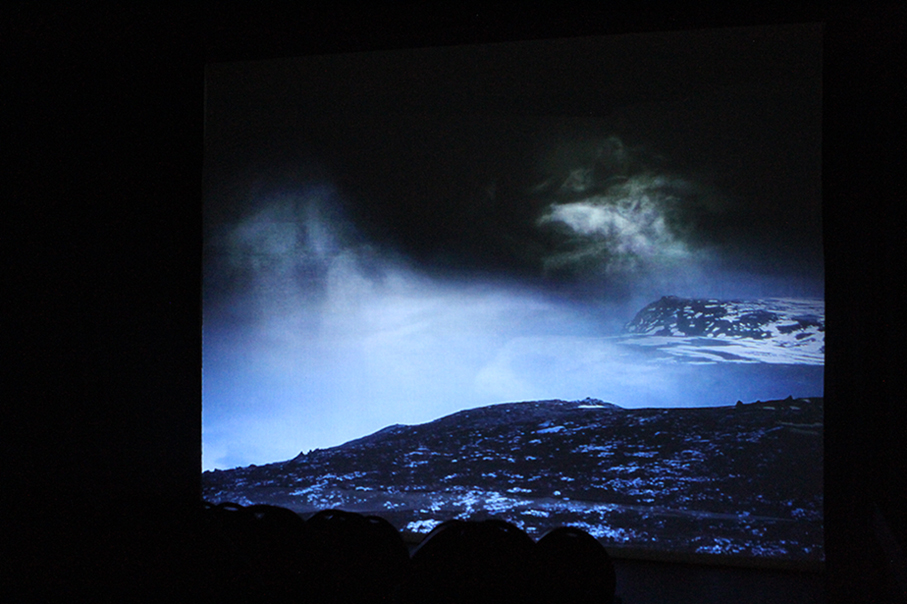 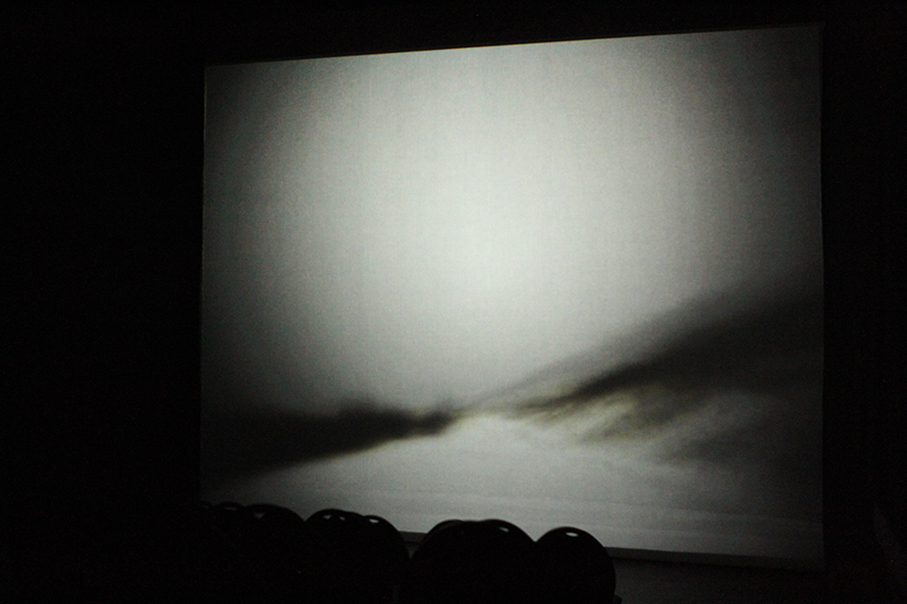 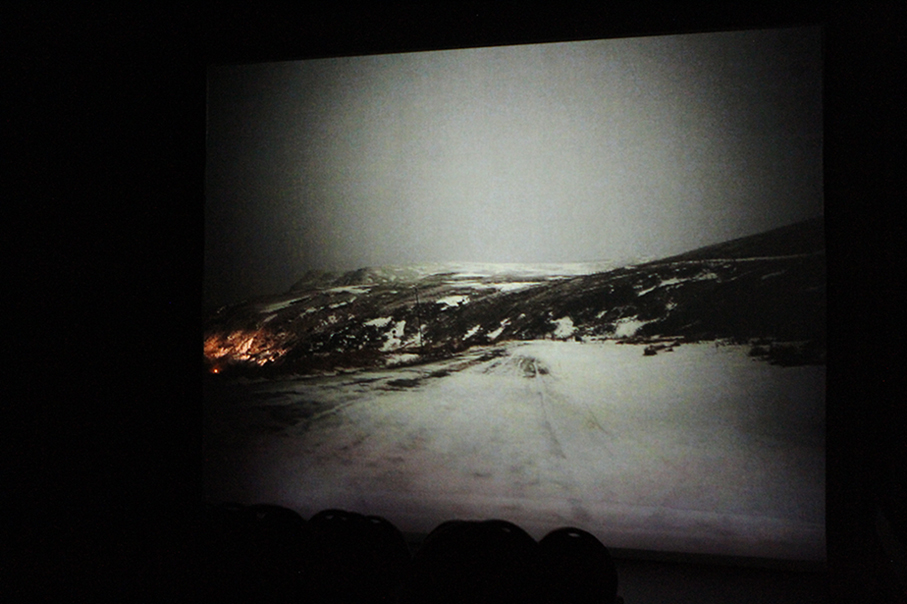 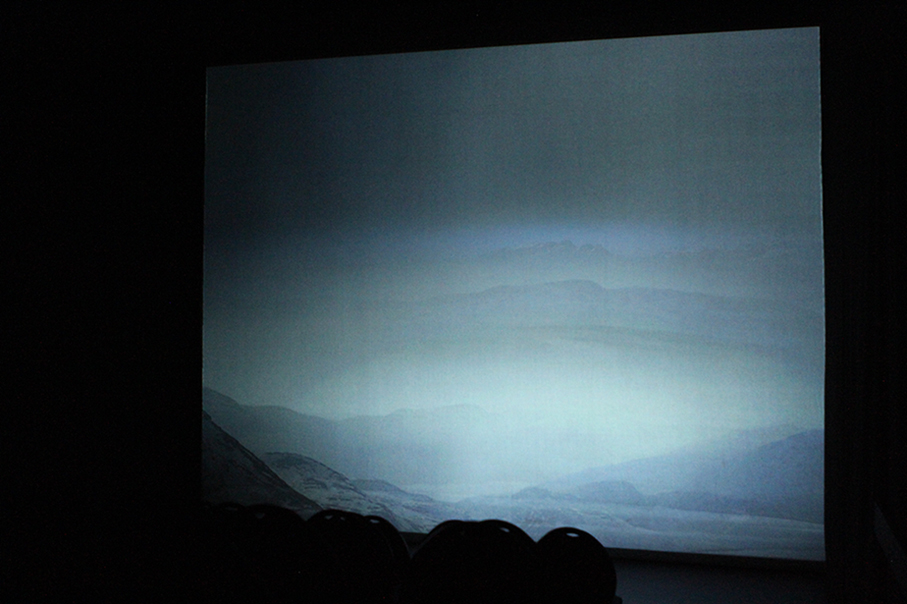 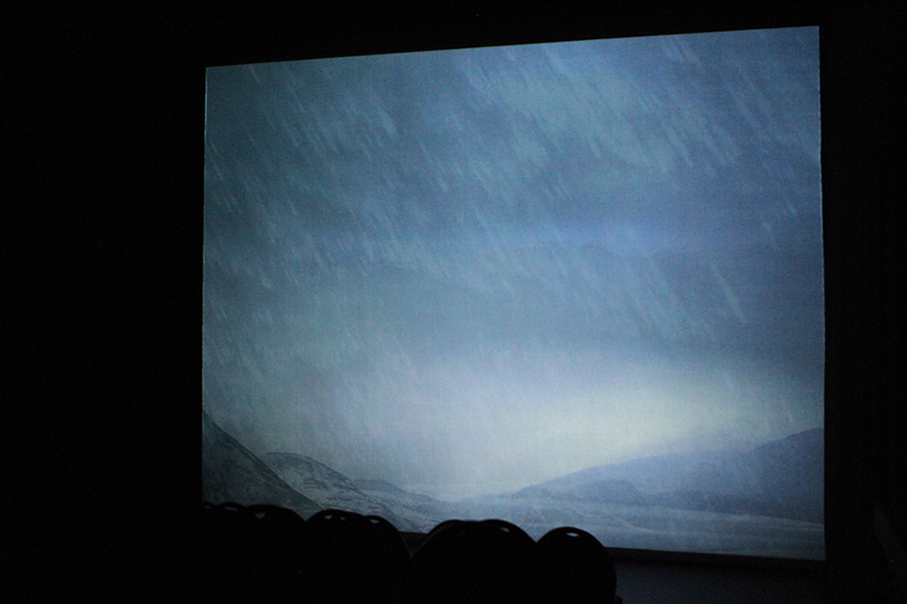 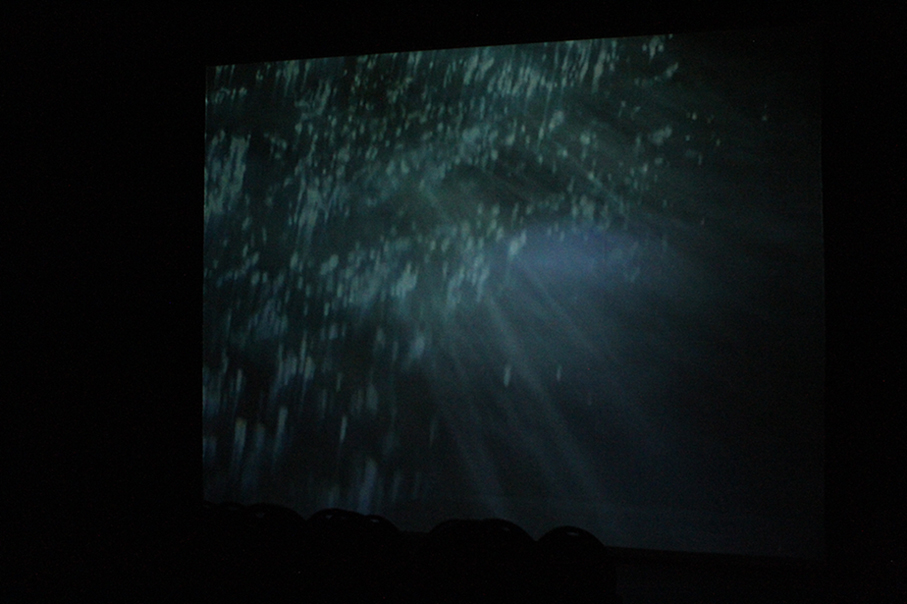 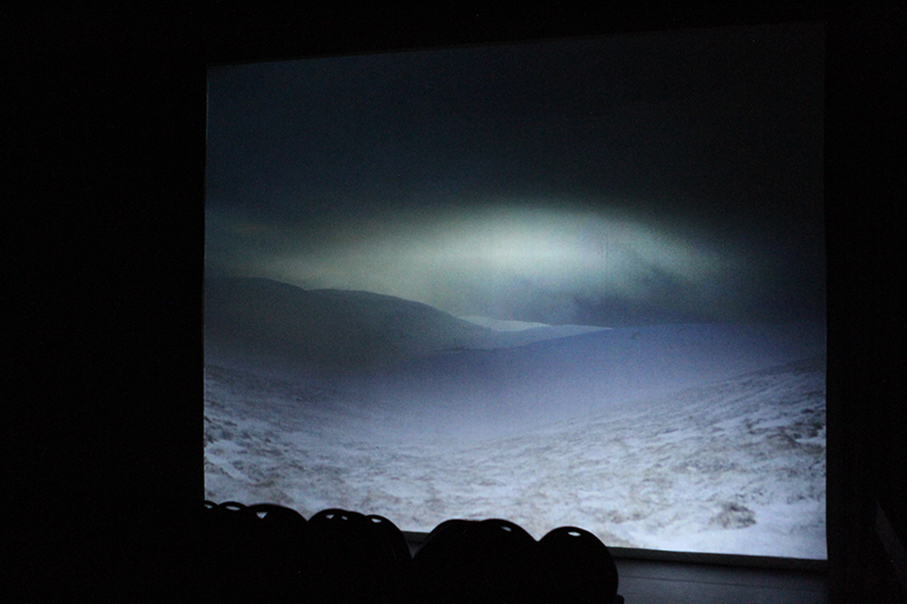 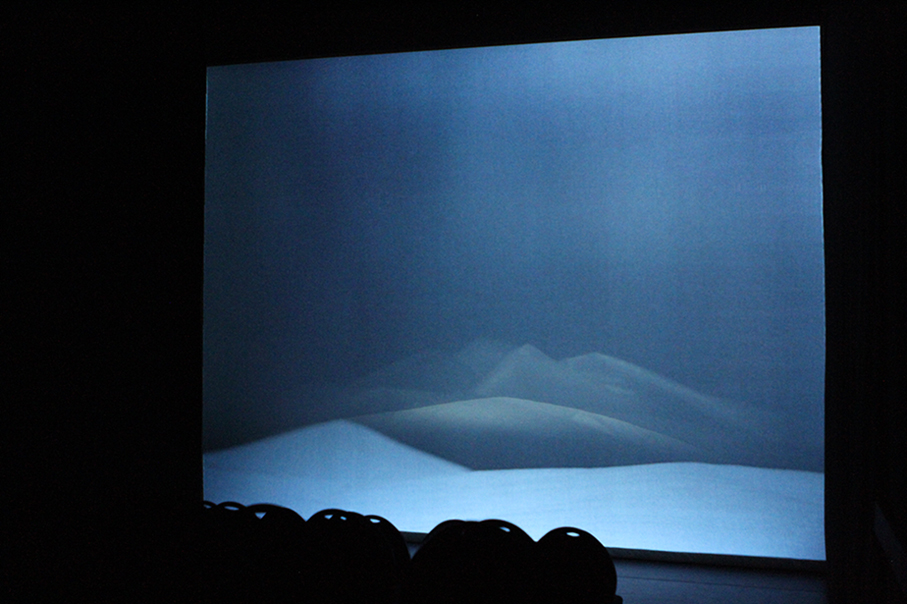 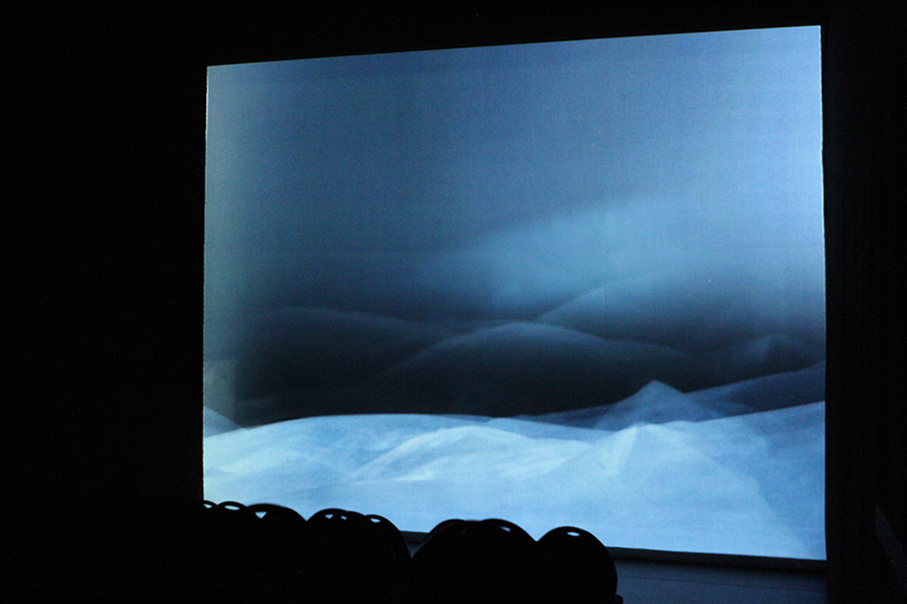 ‘The thrilling grey darkness and a narrator’s voice lull you into a timeless trance.’
Liv Laveyne in Circusmagazine#48

‘An intriguing game of (northern) light and the dark silhouettes of trees and black water.’
Tuur Devens in Theaterkrant.nl

With the voice of
Claron McFadden

With the support of
the Flemish Government, the City of Antwerp, the Province of Antwerp and Villanella