Everyone involved is necessary to its successful completion, but by the same token anyone can also make it fail.

Man Strikes Back is a musical juggling performance. The masters of ceremony? Five wooden triangles, a juggler and a drummer. Stijn Grupping juggles by bouncing rubber balls from one object to another while musician Frederik Meulyzer picks up the rhythm with his drums. Together they compose musical harmonies and an intriguing web of lines created by the bouncing balls in motion. Everything depends on both the precision and strength of the juggler and the speed of reaction of the drummer.

Until the wooden triangles begin to mix and take up new positions. The concert develops into a fascinating choreography involving objects, juggler and musician. But who is directing whom? And who needs whom? Or is this an equally matched dance? Each triangle comes to life, revealing its own personality. But the livelier the triangles become, the more challenging it is for the juggler to keep the balls up in the air.

Tremendous speed and precision are required to throw the bouncing balls at exactly the right place and at the prescribed rhythm and as such to perform the composition correctly. Objects and performers increasingly resemble each other. They are all necessary to bring the performance to a successful completion, but at the same time, they can just as well make it fail.

As in PAKMAN, which was a big festival hit, musician Frederik Meulyzer here too is the perfect musical sounding board for juggler Stijn Grupping. Ine Van Baelen is once more the director. This first-rate team is assisted by choreographer Ugo Dehaes and by robotics professor Edwin Dertien. Together they have made a fascinating futuristic musical performance that symbolizes our interaction with and ignorance of robots and artificial intelligence.

It was the Czech writer Karel Čapek who first introduced the term ‘robot’ in his 1920 play R.U.R. (Rossum’s Universal Robots). Now, a century later, Post uit Hessdalen presents Man Strikes Back, a musical juggling performance that explores the symbiosis between humans and robots. 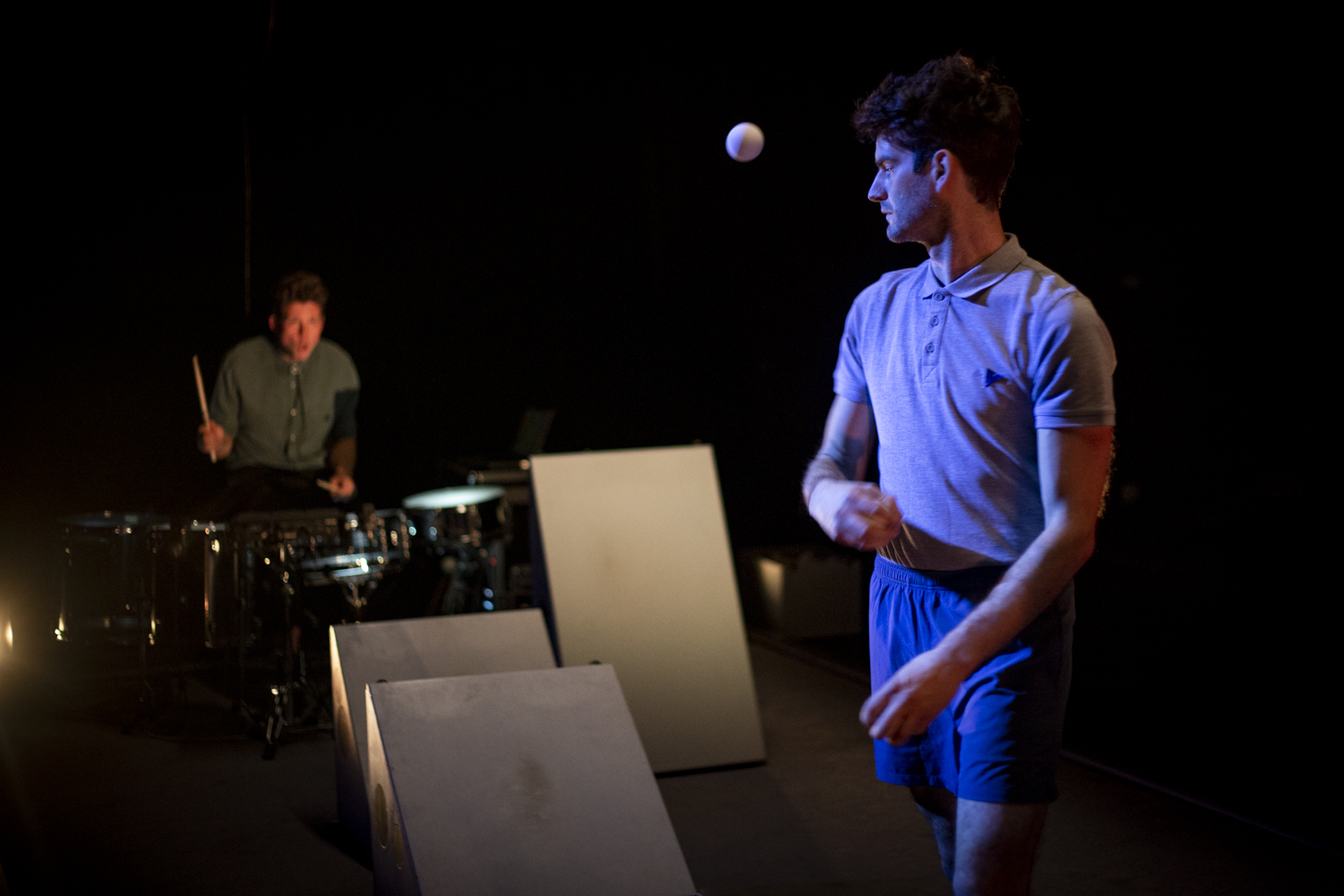 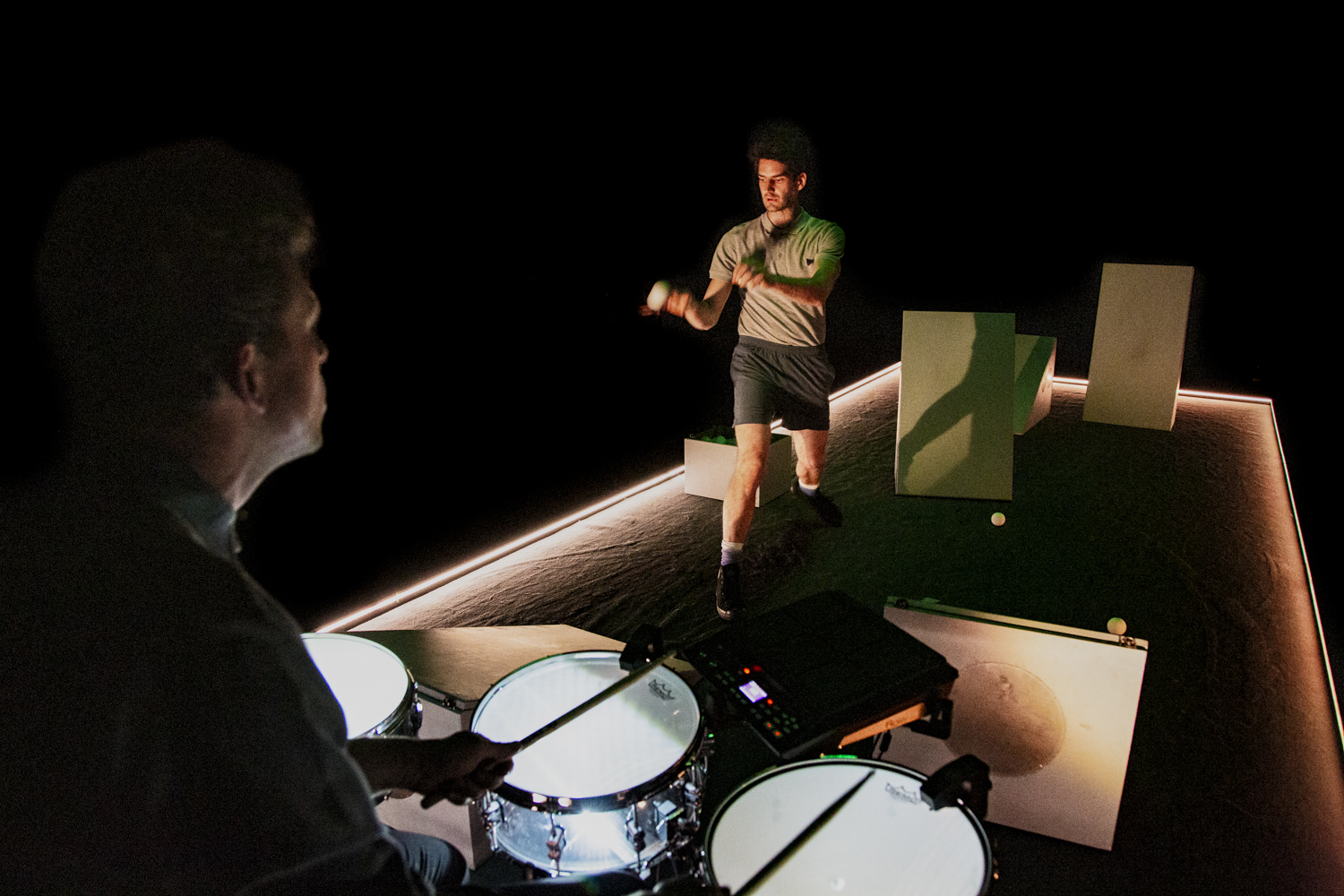 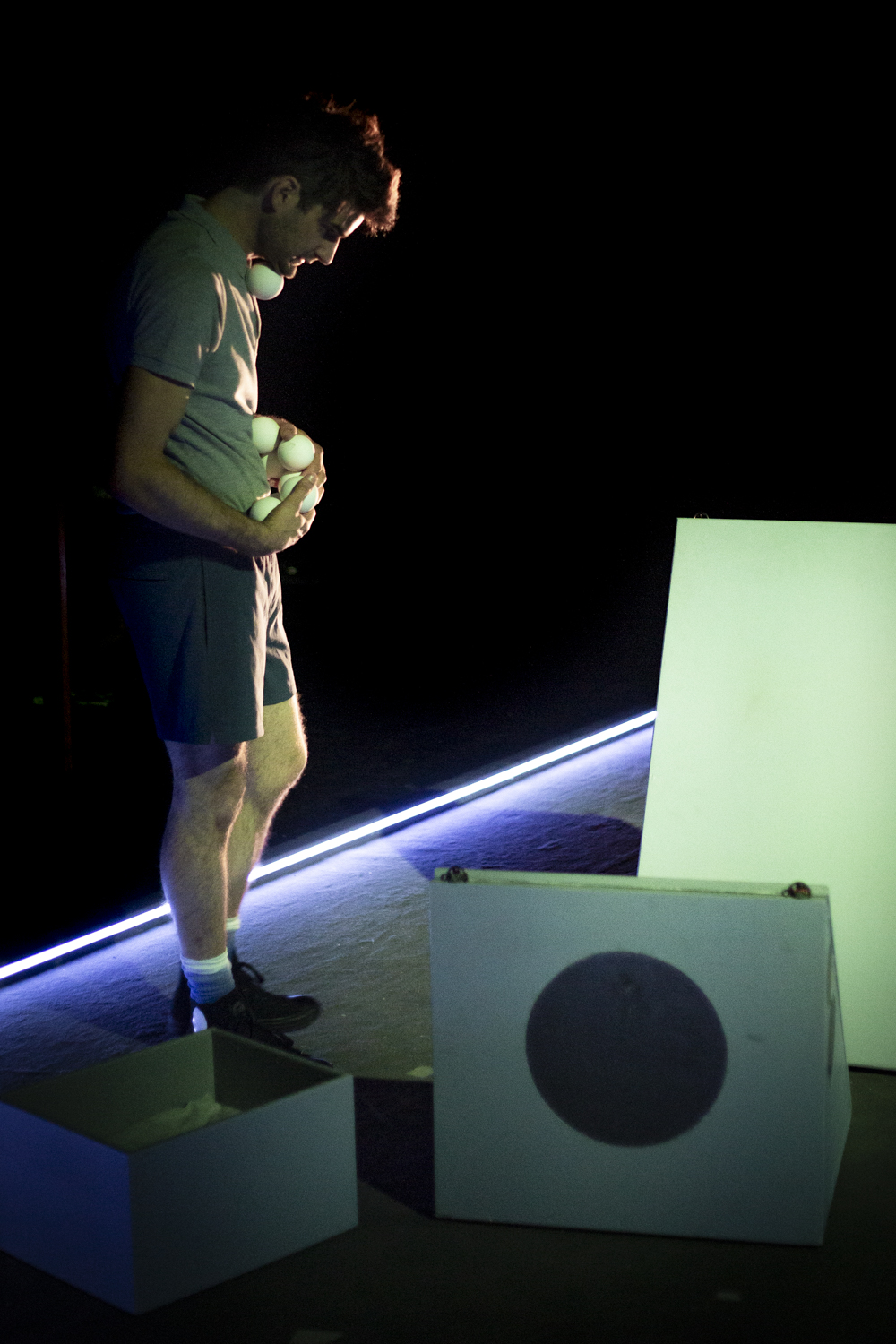 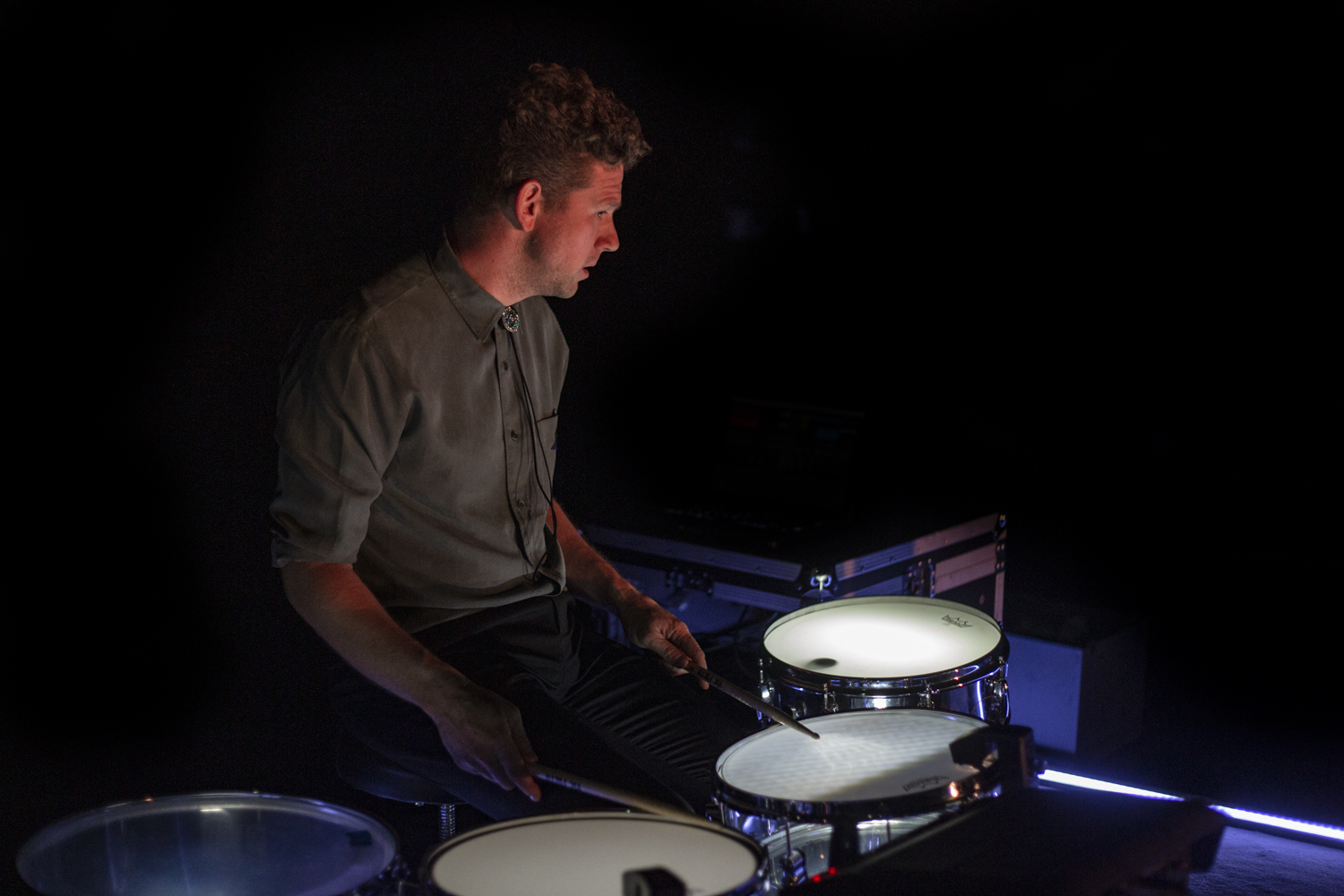 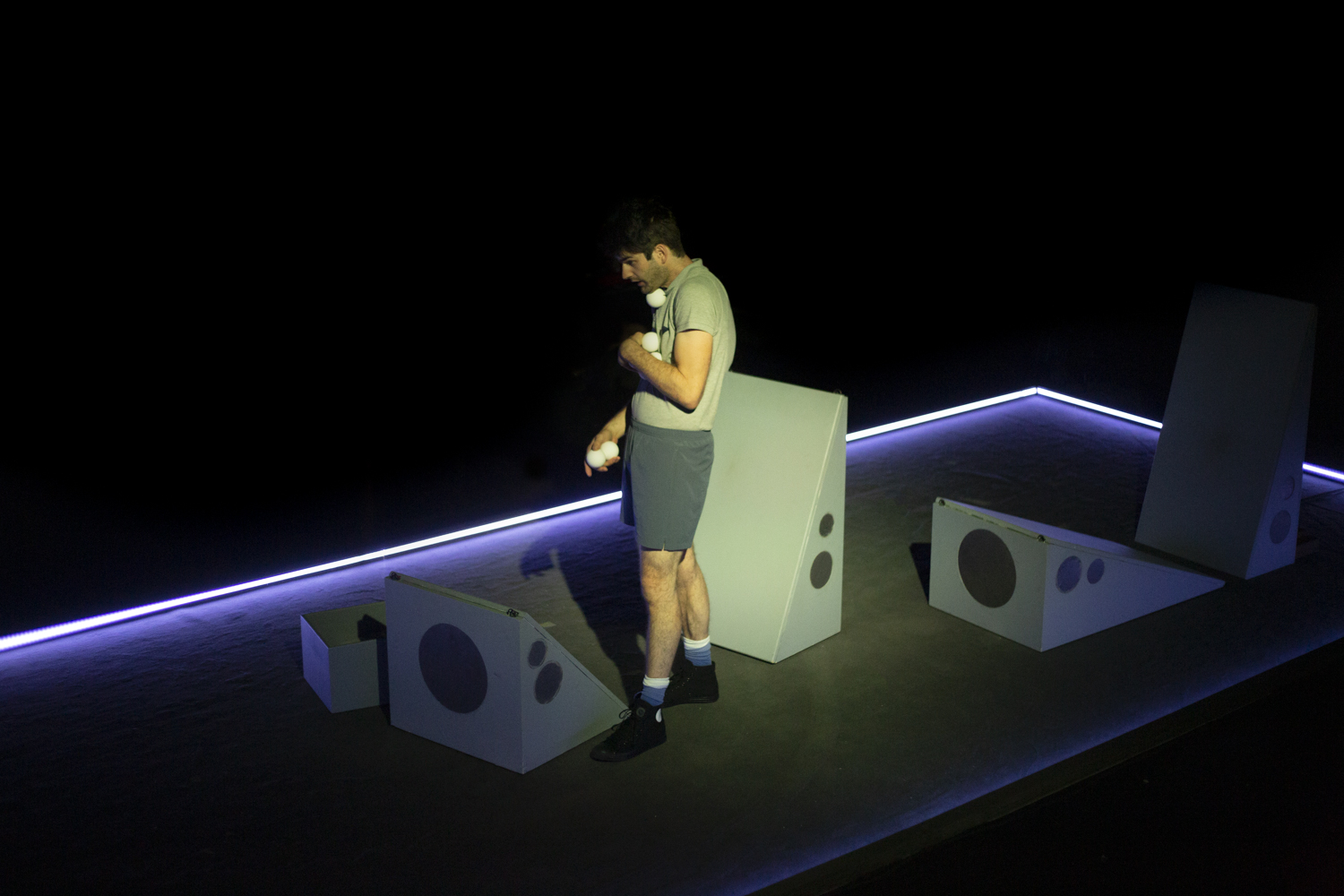 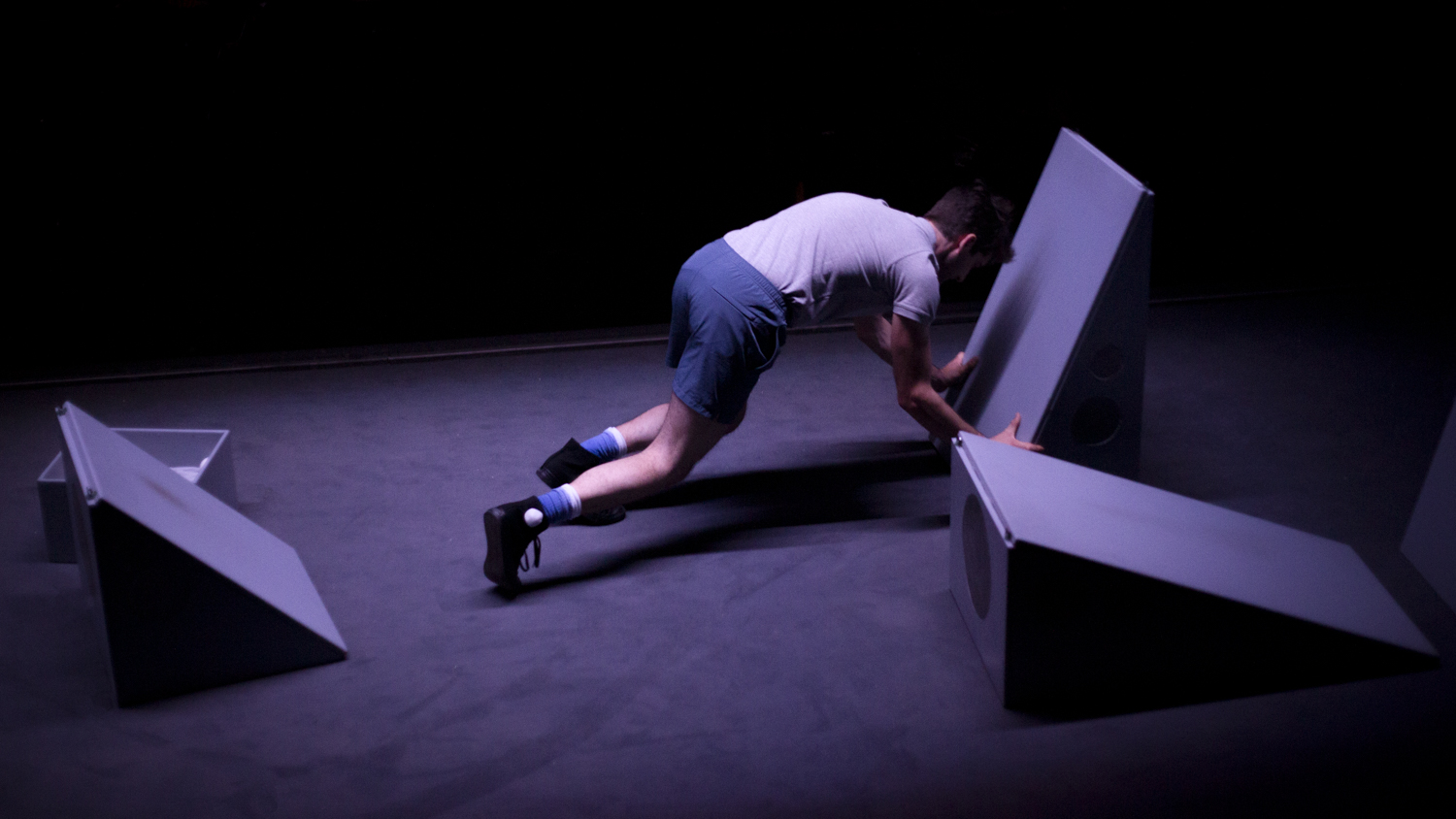 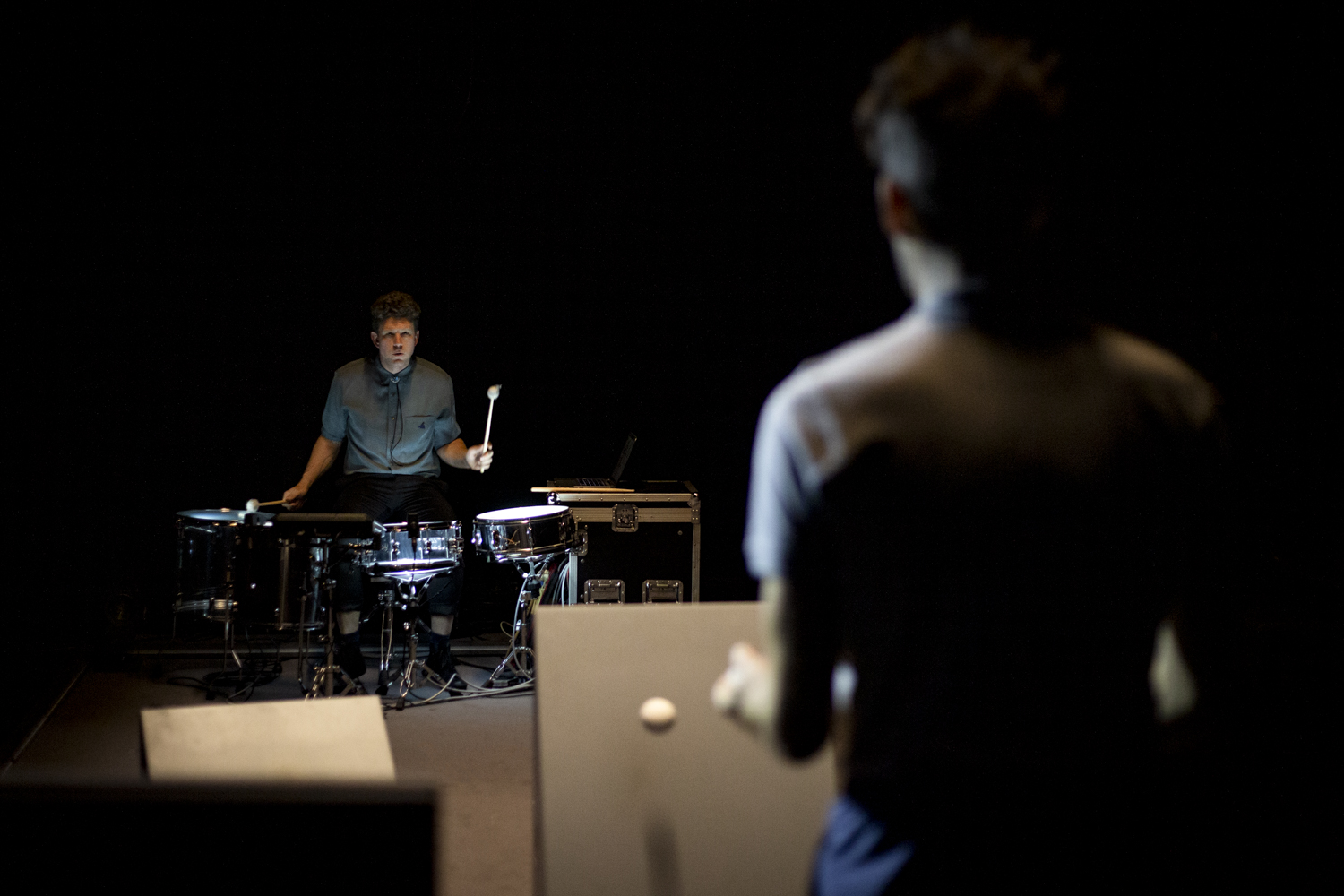 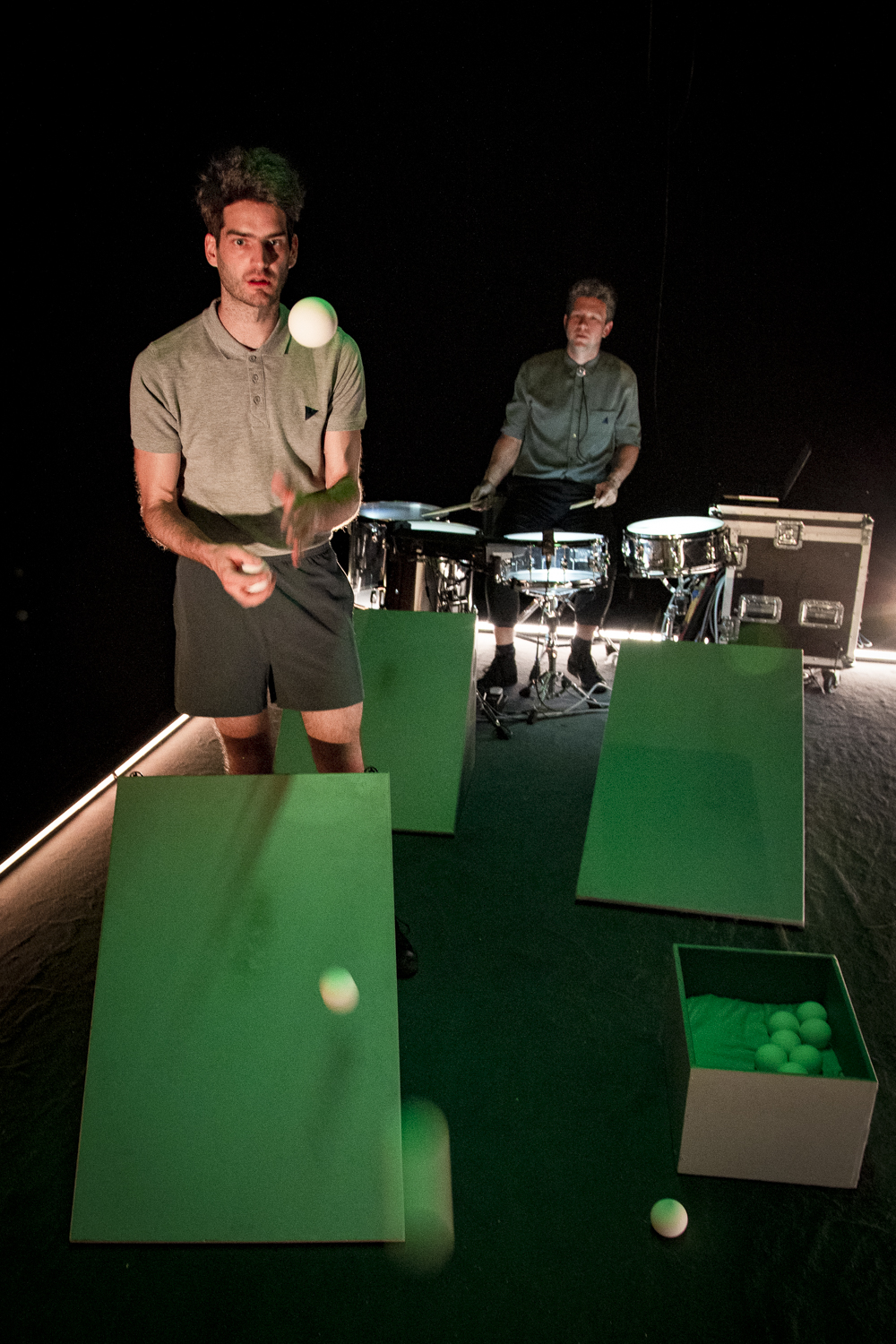 “Stijn Grupping’s juggling is an experience in itself: he does not throw his balls high into the air, but against obstacles, from which they bounce against other obstacles until they end up back in his hands. (…) The performance is not only breathtaking to watch. It also cleverly tells the story of both the possibilities and the pressures that arise when people become dependent on technology.”
BNN – Andreas Jüttner

“Post from Hessdalen had already proven with PAKMAN to impressively bring together technique, juggling and artistry. With their latest juggling performance, they pull off that tour de force again. It has become a cleverly timed and beautifully dosed composition in image and sound.”
Theaterkrant – Tuur Devens

“What starts out as a light display of bravura for young and old develops into an entertaining and moving multimedia time lapse of the struggle between humankind and technology. (…) Post uit Hessdalen’s performance “by humans and robots for humans and robots from age 6” is absolutely refreshing.”
UUR KULTUUR – Jacoba Waumans

Thanks to
hetpaleis, Zonzo Compagnie